This volume analyzes the Pathways of Extension to Fisterra and / or Muxía, in which the pilgrims of the past and the present continue to experience something special. They feel that their pilgrimage has concluded, but that at the same time they feel that something begins here, that the sunset is nothing more than an advance, and that in their lives something begins or is born at that same moment. 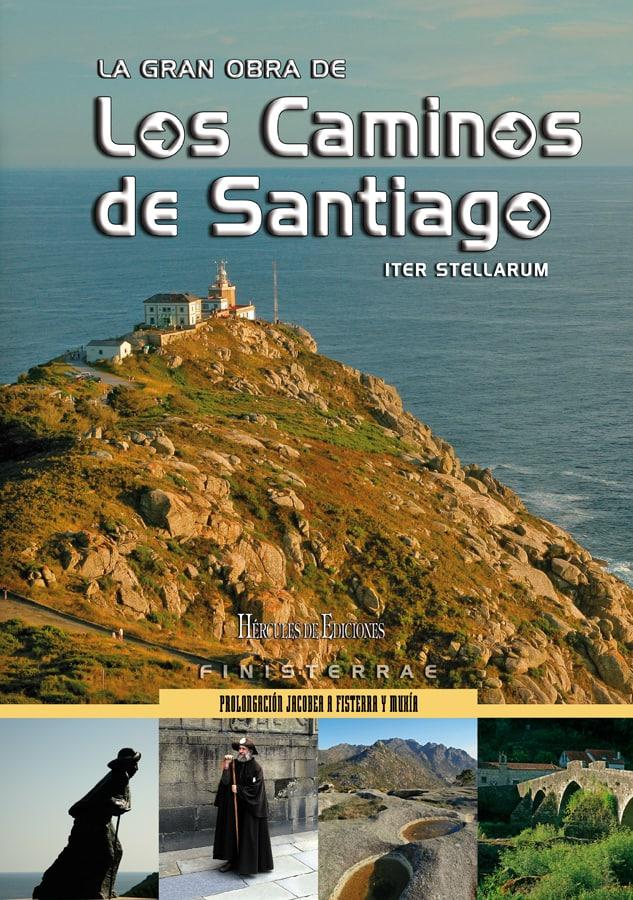 View it in our Online Store

At all times the popular ingenuity and the promoters of other sanctuaries have conceived promotional slogans to benefit from the flood of Compostela pilgrims. But there is a reality that forced that variant, diversion or, as the case at hand, prolongation towards a second and new devotional goal: pilgrims of the past used to be mediated by the religious, votive or penitential component of their experience and easily they encouraged new challenges on the march to visit renowned sanctuaries for their miracles; on the other hand, it cannot be ignored that there is another indissociable motivation of the fact of moving through strange lands: curiosity. This feeling has always accompanied the pilgrim since his vocation as an adventurer, restless traveler or, as of the 19th century, also as a tourist. They are, therefore, both reasons, devotion and curiosity, which will allow us to understand the ultimate causes of an Extension which, in the same way as the Compostela goal, has a legendary foundation.

The extension was also recommended in the cathedral of Santiago itself, as it was an act of great devotion to visit the Blessed Christ of Fisterra – there in his church in Santa María das Areas, from the seventeenth century installed in an ostentatious baroque chapel – and Nosa Señora da Barca in Muxía – with its sanctuary at the edge of the sea, also rebuilt in the 18th century. Both devotions completed an essential trilogy for any Christian, because after visiting the apostle Santiago, the figure of a privileged mediator, they prostrated themselves before the Virgin, supreme intercessor of the human race, and also before the crucified Christ, who was the immortal redeeming God himself for men.

But before the immensity of the ocean, in a majestic natural setting, Christianity had only reconverted what was previously a sacred space related, basically, with propitiatory cults of fertility. This new reading makes the fisterran scenario – understanding under this denomination the scope of the lands between Fisterra and Muxía – in a propitious place to obtain the last answers to the meaning of the pilgrimage. In fact, the presence of the infinite ocean, with no more physical possibility of walking westward, manifested itself as the great dilemma of human life in the face of the abyss of the unknown, as well as a symbol of the transit that souls have to travel, after the resurrection, towards Paradise or Hell.

Without resorting to complex theological codes, pilgrims from the past and the present continue to experience something special in Fisterra and / or Muxía. On the one hand they feel that their pilgrimage has concluded, but that at the same time something begins here, that the sunset of the sun is nothing more than an advance, and that in their lives something begins or is born at the same time. The death of the sun is no longer the dark spectacle that had overwhelmed the superstitious legionaries commanded by Tenth Gross June in their first incursion into Gallaecia, but a final brooch, preceded by other purifying rites such as bathing or burning old clothes, between believers accompanied by the sacraments of confession or communion, which can open the door to overcome once and for all the problems that have been left behind on the Way, facilitating a process of personal renewal. That is why the Jacobean itinerary to Fisterra and Muxía despite its growth in recent years, has not succumbed to an inconsequential tourist consumption and reiterates its eternal message for those who want to listen willing to extract an apprenticeship.

This website uses its own cookies and third-party cookies to collect information in order to improve our services, as well as to analyze your browsing. If you continue browsing, it means acceptance of the installation of them. The user has the possibility to configure your browser, if you wish, to prevent them from being installed on your hard drive, although you must take into account that such action may cause navigation difficulties on the website. How to configure